I was not born a cook. I didn't have a lot of training and was as scared of the kitchen as I was of learning to sew on my stepmom's vintage Singer sewing machine. My husband, Eric, has pretty much taught me the basics over the past ten years, and he is the best chef I know. He has given me the tools to make me brave enough to attempt recipes and the help when I need it. We've been fans of the Food Network for years now, but really got addicted about a year and a half ago. I think I spent my entire five-month maternity leave nursing baby Alice on the couch while watching Sandra Lee creating Tablescapes and Ina Garten throw fabulous little lunch parties. (I also watched WAY too many E! True Hollywood Stories, but I'll save that for another post.) Not only did I sit and watch, however, I learned. And I cooked. And baked. And probably can blame that summer for the 15 (or so) pounds of baby weight I've still to lose. But my husband, Eric, loved having a wife who had yummy new dinners and desserts waiting each night. And I loved doing it. After my maternity leave was over I had to go back to work full-time, which didn't allow me much time for cooking. Although we still watched the Food Network religiously, and drooled. But I soon got laid off and picked up where my cooking frenzy left off. I got so excited, in fact, that this summer I decided to host my first ever Food Network Cookoff. I stole the idea from my sister-in-law and her friends, who have been hosting Food Network Cookoffs for several years now. First, I put out a call to my friends who love to cook and immediately got enthusiastic responses. Each of the four participating ladies picked their favorite Food Network chef to represent. I'm always up for a challenge, and love her idea of semi-homemade cooking, so I chose Sandra Lee. 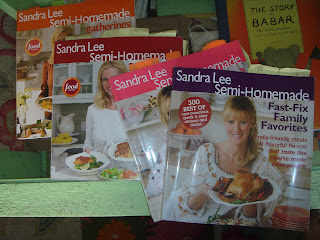 I immediately hit the Boise Public Library and checked out every Sandra Lee cookbook they had on the shelves. Three of my brave friends chose Alton Brown, Paula Deen, and Guy Fieri. We all met early in August to go over the rules, which are simple. Each chef has to cook an appetizer, entree, and dessert using a recipe by their FN chef, with no substitutions, eliminations or creative changes allowed. Everything is to remain anonymous and top secret; you cannot tell anyone what your recipes are or have any help in making them. Each chef gets to invite five "judges" to dinner at my place to sample and vote on their favorite dishes. That means, enough food to feed 24 people needs to be hot and ready at my place by 6pm on the date we selected in October. Why plan this two months out, you ask? Well, friends, it turns out there was a lot of sampling to be done. I mean, I made so many recipes that just weren't "winners," if you know what I mean. And I was out to win. And so were my three competitors, mind you. We cooked our asses off for two months and when the night in October arrived, we truly brought our game. 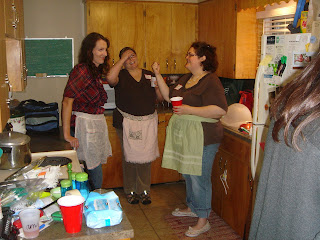 These ladies rocked it. Here they are in my kitchen, finally relaxing and having a glass of wine after a long day slaving over the stove. I bought all the chefs vintage aprons to wear along with nametags. The guest judges supplied the beer and wine for the event. 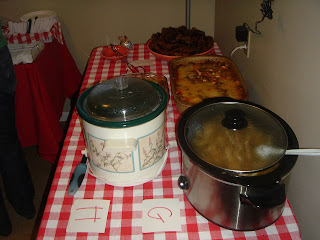 And we all ate our hearts out. Seriously, by 9pm everyone was in a food coma. This is a shot of the entree table before we dug in. As you can see, all the dishes were labeled with letters for voting purposes and during the awards ceremony, we all stated the title of our dishes and handed out copies of the recipes to the guests. Here you also see two of the five Crockpots that took up residence in my kitchen that night. I'm surprised we didn't blow a breaker. The silver Crockpot holds the Entree Grand Prize winner, this lovely pork chop recipe by Alton Brown. At the far end of the table you can see my entrant, these spicy baby back ribs by Sandra Lee. And I seriously recommend both, and not only because they are so easy and made in my beloved Crockpot, but because they are delicious. 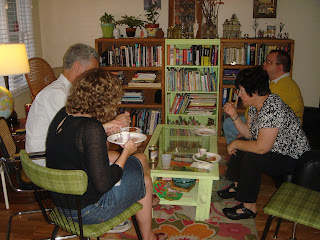 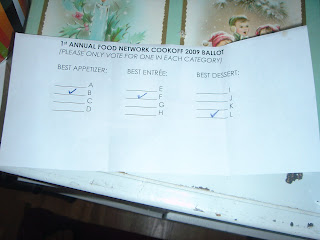 After taking our time savoring each bite, and going back for seconds and thirds, we all had to fill out this ballot, voting for our favorite dish in each category. Eric got the privilege of tallying them up and handing out gift baskets I made for the winners of each category. I filled the baskets with cookbooks and kitchen gadgets. So who won, you want to know? I already gave away the Best Entree winner and I'll tell you I (Sandra Lee) tied with my friend Kristyn (Paula Deen) for Best Appetizer, with a crab bisque and a shrimp dip too die for. Paula Deen took the cake (a turtle cheesecake, to be exact) for Best Dessert. Damn her and her buttery buttered butter. 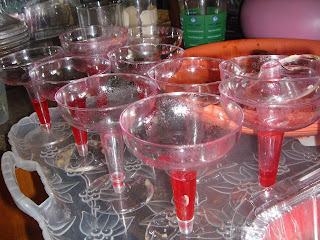 At the end of the night, not much was left but empty reminders of a 5-star meal lovingly slaved over by four women who love food. And I'm not being pretentious by claiming it was a 5-star meal. Seriously, we were all out to impress and that we did. I haven't had a more eclectic, amazing meal in a long time. It was a fun way to try out new recipes I might not have had the time, nor the balls, to try before. I'm pretty proud of how far I've come in the kitchen and am excited by how much further I can go. And let me tell you, I just saw Julie & Julia and Julie Powell's amazing cooking project inspired me. I'm already prone to take on insane, year-long projects, so you never know. I hope this inspires you, too. If anything, I hope it helps you realize that food is fun and with a good recipe and a little practice, anyone can cook.
Posted by Amy Pence-Brown at 10:01 AM

Email ThisBlogThis!Share to TwitterShare to FacebookShare to Pinterest
Labels: Recipes 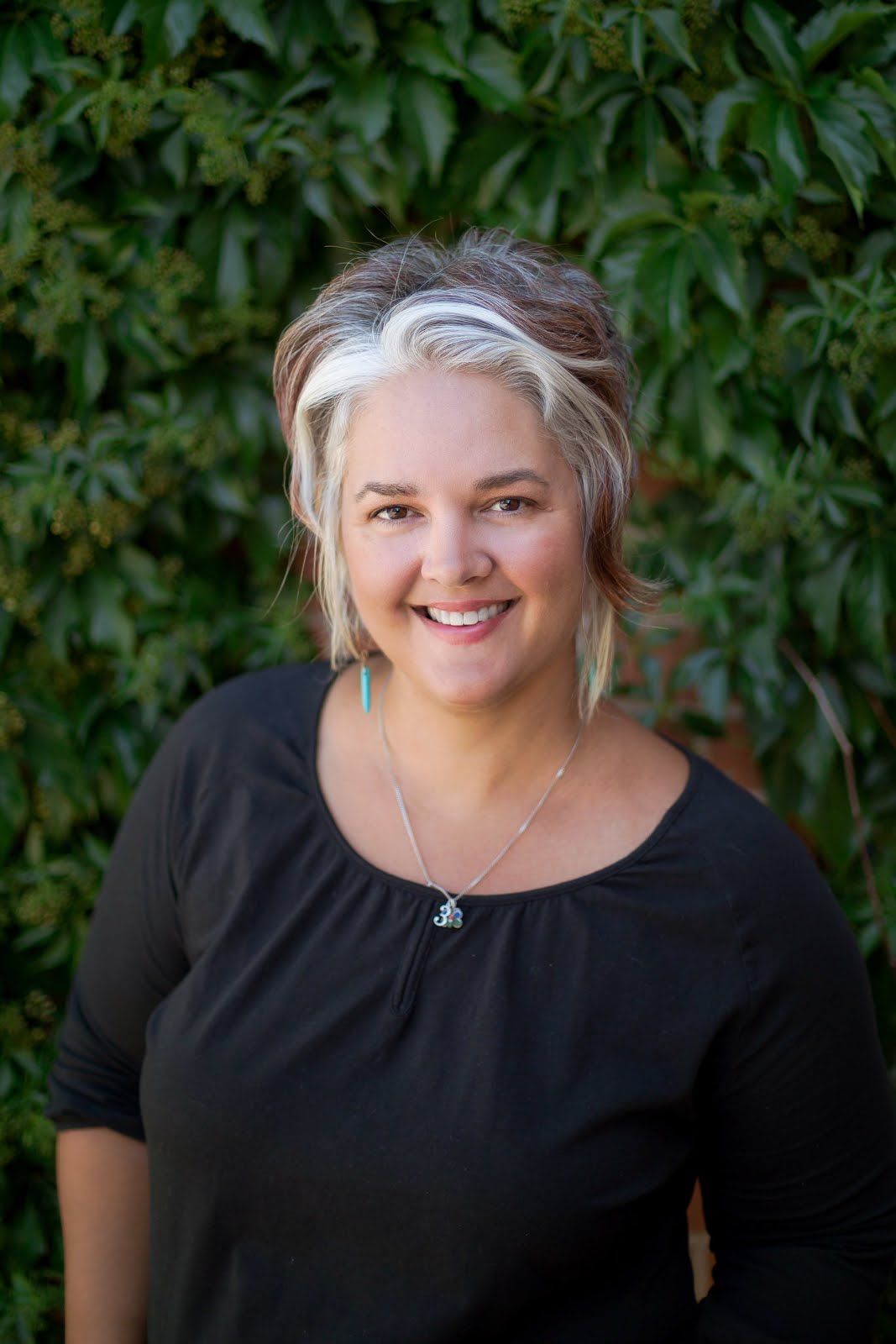 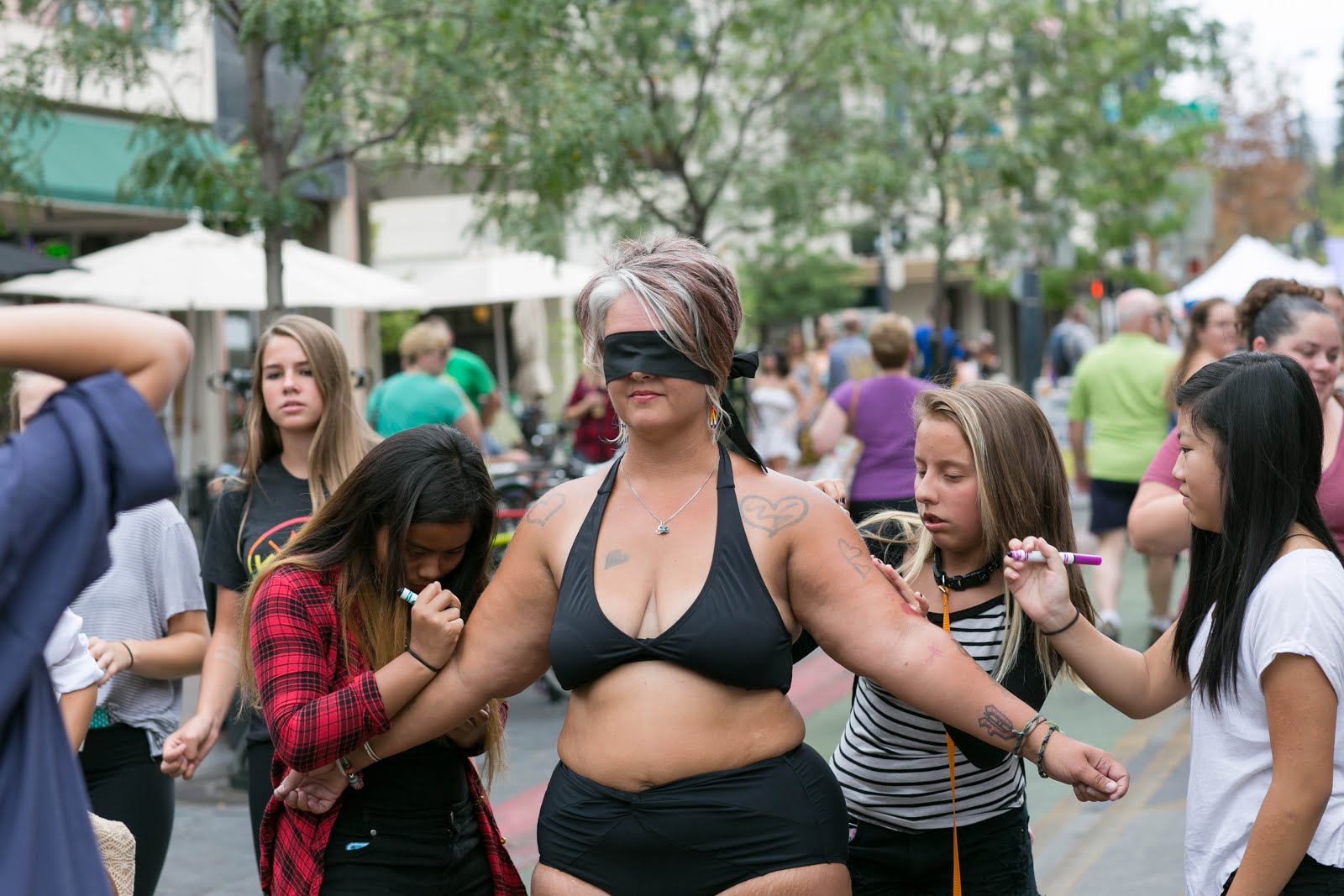 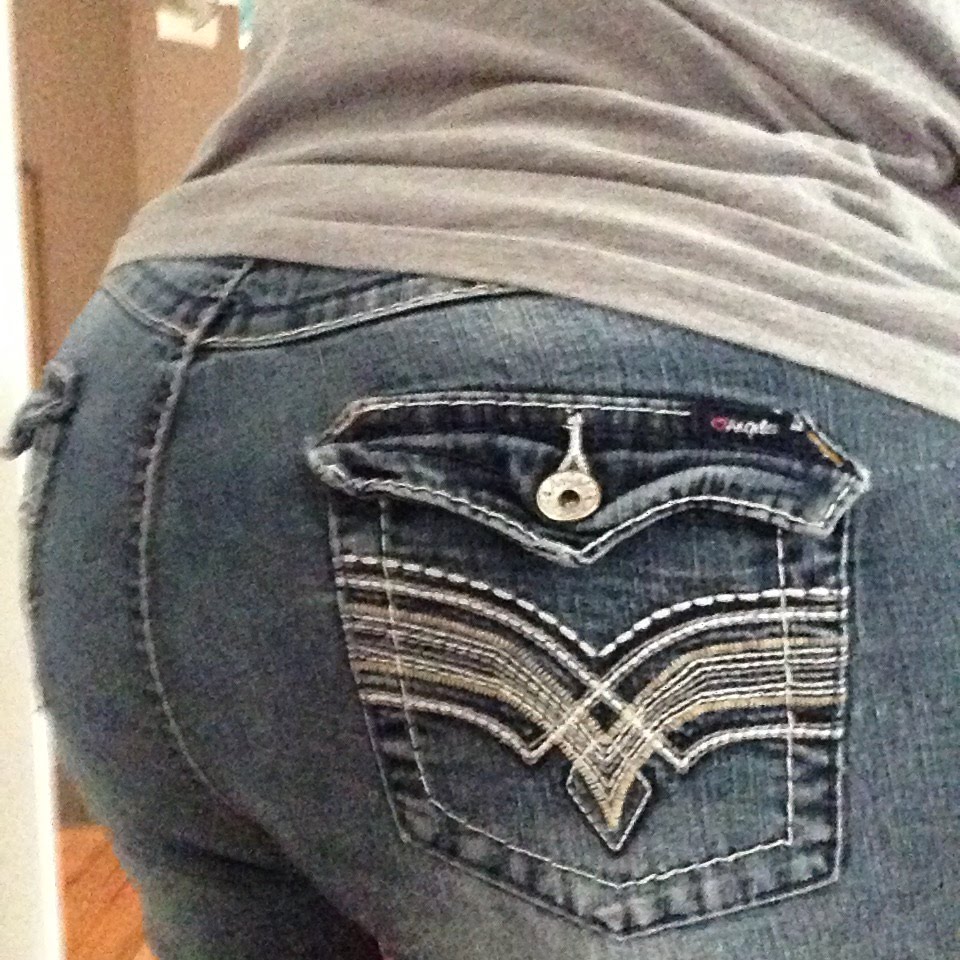 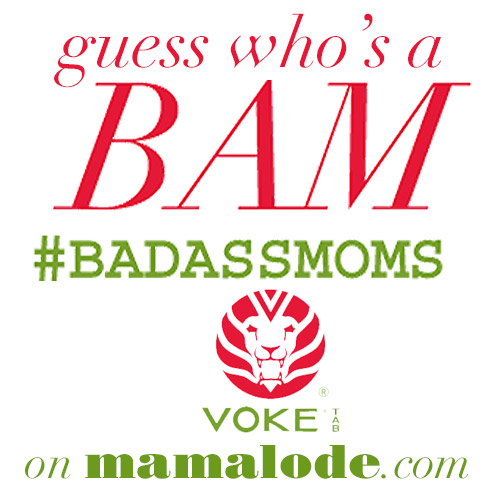 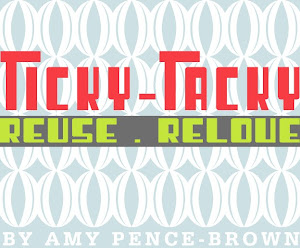